I’m a transplanted ex-Brit (naturalized US citizen in April 2012), who lived and worked in the San Francisco Bay Area for 15 years, and who has now settled, with my husband Steve, on the beautiful Hawaiian island of Kauai…

Like so many before us, we fell in love with this island when we first visited in 2008, but at that time it never occurred to us that we could contemplate a permanent move here.

Late in 2010 we started investigating where we wanted to be when we retired from our Silicon Valley careers. Plan A was to relocate to the Central Coast, midway between San Francisco and LA, which would be roughly a four-hour road trip for our Bay Area friends. Kauai, we figured, isn’t much further…you just have to fly rather than drive…and so, Plan B was born. 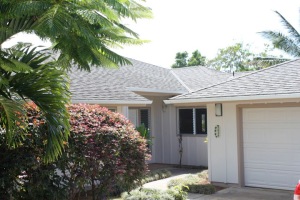 We bought a home in Princeville mid-2011, intending to use it for vacations for a couple of years (here’s a site I created for others who might visit in the interim), but the pull of the island was greater than expected, so we sped up the timeline, and made the move, with our white shepherd Freya, in August 2012.

This blog is primarily a way of staying in touch with the many friends we’ve made around the world, and of sharing photos and experiences.